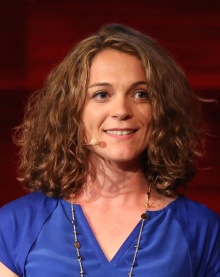 Comparative phylogenetic methods, often based on stochastic evolutionary models, are fundamental to our understanding of phenotypic evolution and diversification. Abiotic changes and biotic interactions are thought to play a major role in these evolutionary processes, yet they haven’t explicitly been accounted for in comparative phylogenetic models. I will present recent developments aimed at bridging this gap. In particular, I will present models that allow testing the role of abiotic variables on rates of speciation, extinction and phenotypic evolution, as well as models that allow testing the role of species interactions -- such as competitive, mutualistic, and antagonistic interactions – on phenotypic evolution. I will then present applications of these new phylogenetic comparative methods to empirical datasets. Our results suggest that climate played a major role in driving evolutionary rates, with faster phenotypic evolution in cool climates, and faster diversification in warm climates. They also point to the crucial role of competitive character displacement and biogeographic history in explaining the patterns of variation in phenotypic diversity that we observe today. I will end by discussing future directions in the development of phylogenetic comparative methods.