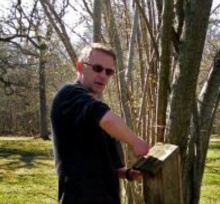 We have analysed selection on two important life-history traits, date of first egg and clutch size, and body size in a natural population on collared flycatchers in Sweden over a period of 33 years. In that time period there has been a significant increase in spring temperature and clutch-size and an earlier onset of breeding. This gives us an opportunity to analyse how well we can predict changes in life-history traits and body size given our knowledge of the patterns of selection and genetic variance of the traits. We can also get an understanding on the long-term importance of constraints in terms of phenotypic and genetic correlations. From this we can get a better understanding of the role of selec-tion versus the role of other factors such as plasticity in the long-term pattern of phenotypic change.