The dimensions of fear: from brains to ecosystems to human mental health and human impacts 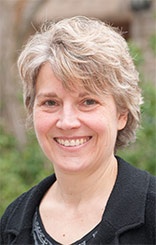 Predators kill prey thereby affecting populations and ecosystems. Predators also scare prey, and the fear of being killed is a powerful evolutionary force that has always shaped all life on earth.  But whether fear can be powerful enough to operate over ecological time in wildlife is intensely debated because demonstrating that fear effects exist for wildlife requires manipulations which are challenging to do for free-living animals.  We have been conducting a variety of manipulations on a wide range of wildlife, from birds to lions, in many different places in the world that are demonstrating that fear affects wildlife from the brain, to behaviour and physiology, to populations, with cascading effects down the food chain.  Our research further reveals that fear of predators can inform us about human mental health and can be used as a tool to diagnose the extent of human impacts on the environment as well.