Dispersal in marine ecosystems: consequences for the maintenance of biodiversity, management and conservation 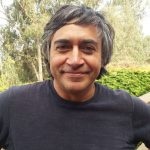 Dispersal, the movement of individuals, or their descendants some distance away from the origin, is an intrinsic attribute of living organisms which defines the spatio-temporal scales of ecological interactions and evolutionary processes. After several decades of theoretical and empirical research on the dynamics of metapopulations and meta-communities, we are still beginning to understand the far-reaching consequences of the dispersal process on the maintenance of local biodiversity, and on the design and implementation of management and conservation strategies.  This is particularly true in the marine environment, where dispersal and the consequent patterns of connectivity among local populations are modulated by hydrographic processes and cannot be directly estimated from observations.  Three examples of these consequences are briefly discussed. First, through simple models for species competing for space in homogeneous environments, we show that strongly asymmetrical competitors can coexist locally through four distinct dispersal-based mechanisms, which are rarely considered by marine or terrestrial ecologists. Second, experimental studies on rocky shores with strongly competing a) barnacles and b) mussels showed that local and regional coexistence does not occur through niche segregation, keystone predation or colonization-competition tradeoffs. Instead, oceanographically-driven sources-and-sinks (in the case of mussels), and temporal fluctuations in recruitment (in the case of barnacles) seem to foster persistence of competitors in these systems. Finally, I discuss current advancement in our understanding of dispersal and population connectivity along the shore of Chile in the context of marine reserve design and management of exploited benthic populations.

Ospina-Alvarez, A., N. Weidberg, C. M. Aiken, and S. A. Navarrete. 2018. Larval transport in the upwelling ecosystem of central Chile: The effects of vertical migration, developmental time and coastal topography on recruitment. Progress in Oceanography 168:82-99.