Male-mediated changes in female reproduction: Function and mechanism in geladas 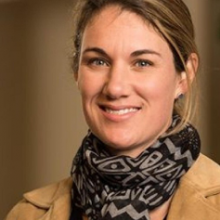 In 1978, Thelma Rowell discovered that novel males could stimulate immediate mating activity in female patas monkeys. Later, a report on hamadryas baboons observed that new males caused adolescent females to mature early, pregnant females to abort, and lactating females to resume fertility; each phenomenon accompanied by sexual swellings. But, outside of these anecdotal reports, there is scant evidence for male-mediated reproductive changes in catarrhine primates. In this talk, I will summarize 14 years of data demonstrating three different male-mediated phenomena in wild geladas (Theropithecus gelada) in Ethiopia. I will then examine putative mechanisms and whether such responses provide fitness benefits for females. Geladas live in family units where dominant “leader” males sire nearly all offspring in the unit. Leader males are replaced every 3 years; and following takeovers, infants are at risk of infanticide. Presumably as a result of this selective pressure, females dramatically shift their reproductive state in response to the arrival of new males. First, immature females that experienced a takeover, matured earlier than those that did not. Second, we confirm with new data that females abort pregnancies after takeovers. Finally, we found that lactating females that experienced a takeover resumed cycling earlier than those that did not. Because these females did not conceive earlier, we call these “deceptive” cycles. We propose that these phenomena share a similar mechanism and deserve further study.