What causes multi-drug resistance? Empirical support for the ecological structuring of bacteria. 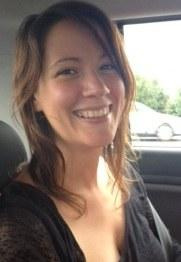 Multidrug resistance (MDR) in bacteria, defined as acquired resistance to multiple antimicrobial drug classes, is one of the most serious threats facing humankind. Compounding this problem is the over-representation of MDR, where resistance determinants cluster together more than expected by chance, so that the correlations between resistance to different drugs are overwhelmingly positive.

To investigate the causes of this pattern, we used data from the opportunistic zoonotic pig pathogen, Streptococcus suis. S. suis is a good model for studying MDR, as antimicrobial usage in pigs is very high (higher than in humans and all other domestic mammals) but varies between countries. S. suis is also found in all pigs tested, and with strong ecological structuring. We collected quantitative measures of resistance for 16 different antibiotics from eight different classes, scored in a panel of almost 700 isolates from across the globe, and each with a complete genome sequence.

We use these data to show that the genomic determinants of resistance in S. suis are in strong linkage disequilibrium, and to test the various hypotheses for this overrepresentation of MDR. These include direct and indirect pleiotropic affects, effects of physical linkage, bacterial population structure and ecological differentiation.

Overall, we find strongest support for the “duration of carriage hypothesis” where bacteria that survive for longer inside hosts have most MDR. The resistance determinants in these bacteria also show no correlation with regional variation in antibiotic use, implying that cost mitigation to MDR may also be playing a role in its maintenance. Our results have implications for the surveillance of resistant source populations of pathogens and the way in which we might target use of antimicrobials to alleviate multi-drug resistance.