Transfer and innovation generally take a classical economic meaning epitomized by patents, but this hardly covers
what happens in the field of biodiversity (proposing solutions to threatened biodiversity is one objective of Cemeb),
where innovation is certainly useful. However, transfer should more broadly include socio-economic players involved in
biodiversity management and outreach - an area sub-optimally connected to research and under-funded compared to
classical innovation. This defines Cemeb view that was presented at InEE CNRS assizes (2017), and drives its transfer
activities along four lines (Table PR9): 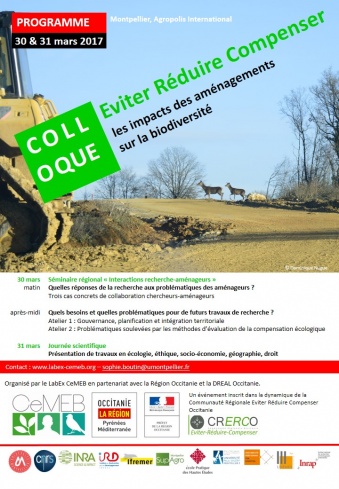 Gathering over 200 attendees, from regional and national scales, and over 50 speakers, this colloquia has been organised in two days : 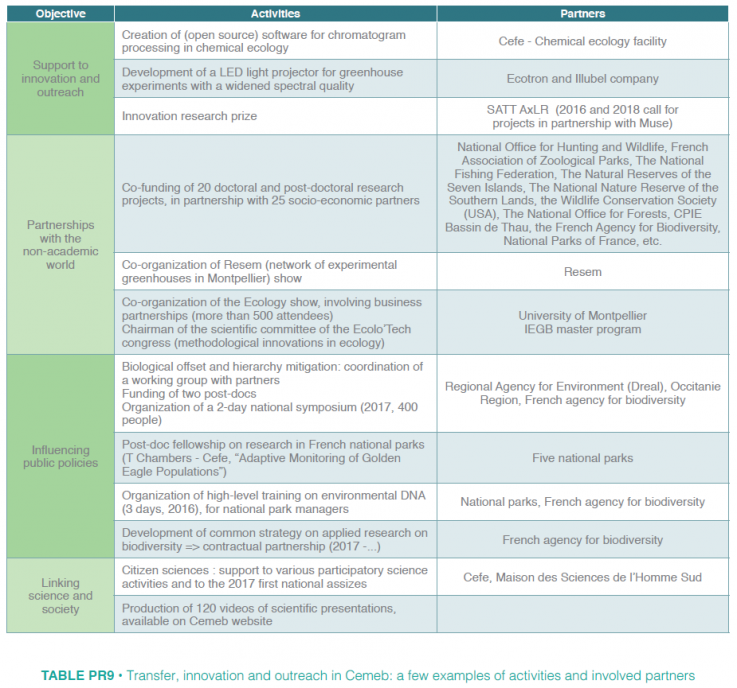